I’m a juice-aholic. By now, this is a well-known fact among my friends, and I receive requests for juice cleanse recommendations on the regular – I’d say about once per month.

Even if it doesn’t feel like it, Spring has sprung, and Summer is JUST around the corner! I noticed today that there are a ton of juice cleanse sales on all of our favorite daily deal sites, so I thought I’d do all you healthy-minded New Yorkers a favor and put the top ones all in one place: 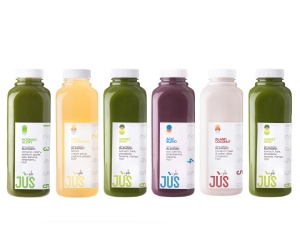 Where to buy: Get it on LivingSocial

Thoughts: This is my favorite juice cleanse. I had a customer service snafu once, but they reached out and compensated with a free 1-day cleanse. The juices are so tasty, and they have puree in them, so you’re still getting some fiber and protein, and you don’t feel as hungry (or in some cases hungry at all) while cleansing. 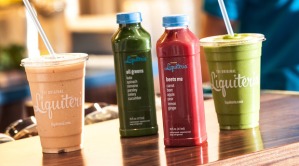 Where to buy: Get it on Gilt City

Thoughts: The “Juice, Eat, Repeat” is awesome for juicing rookies! Juice all day and have a nice raw dinner – it leaves you feeling so refreshed! I really like Liquiteria, but you have to pick this cleanse up in person, so it takes a little extra prepping. They have three locations: Liquiteria Chelsea, Liquiteria East Village, or Union Square

Thoughts: I haven’t tried The Squeeze yet, but maybe I will!  This is another ‘pick-up only’ cleanse. There are three locations: Battery Park City, Hell’s Kitchen, and Union Square

Thoughts: I haven’t tried beQu yet either, but here are some additional details from GroupOn: Recipients receive a supply of six bottles for each day of their cleanse, which includes three lemonade and three sweet greens juices that can be alternated throughout the day. Shipping is not included in this deal; beQu Juice will confirm delivery dates by email. Based on this, I would look up cost of shipping before buying!

This week has been an especially frustrating one, and all of my frustrations revolve around juice.

Think I’m crazy? Don’t worry, I do too. Let’s start with awkward part one, from the beginning. I arrived at work Wednesday completely pumped to start a Jus by Julie three-day cleanse. I LOVE juicing, and my friend had said this was her favorite one.

When I realized at 8 a.m. that Jus by Julie had sent me an order confirmation but no tracking information (which they had referenced would follow), I immediately sent an email and also gave their receptionist a call. I won’t bore you with the play-by-play, but essential I reached out by phone, email, Twitter, carrier pigeon, you name it, and judging by their latest tweet, the company was indeed on vacation.

I tried to reach Jus by Julie all day.

After 4 p.m. I finally sent an outraged email outlining all of the reasons it was inconsiderate and poor service for the company not to get back to me. The email in itself was awkward. I do not get angry. It’s not something I do. But here I am, very angry, and feeling completely outside of my skin because of it.

I received a phone call immediately. The person on the other end sounded a bit annoyed and  explained that something was wrong with their delivery tracking, and I would get my juice the next day. Seriously? Was that five-minute phone call so difficult? This tells me two things:

After the awful 8 hours of lack of customer service, I thought surely they would apologize in a genuine way and even offer something extra, or an added incentive for a follow-up order. I’m not a freebie-hound, but this was the first time ever that I really felt it was something I deserved. You shouldn’t upset people who are giving up solid food to enjoy your product, it is just unkind, and disappointment coupled with extreme hunger should be compensated.

Today I received my juices “on time,” and was happily drinking through my cleanse until awkward part two happened.  I got to juice 4 and realized that my juice 5 was missing from the fridge at work. Almond Breeze. I was actually excited to drink it and have been anticipating it all day. I considered blast emailing my coworkers to call a search for the missing juice. Other people are cleansing this week as well, I saw a ton of BluePrint bottles in the fridge, surely my juice was taken in error and could be returned. This sounds silly, but understand that i am consuming six juices for the day – that is all the nourishment that I get, and one is missing! And it’s my favorite one! Juice #5 on days 2 and 3 is a different  juice. A petty thing to complain about in a life where I feel all-around blessed, but it felt tragic. It still does. Go ahead, laugh at me.

The Jus by Julie juices are awesome, and I’m really enjoying them, but I feel like I will forever associate this cleanse with feelings of stress and frustration. And lots of awkward.