As I’ve referenced quite a few times, my boyfriend and I recently moved to Brooklyn. We’re living in Bedford Stuyvesant, and though our weekends have been busy with lots of travel, we’ve been working to find our new favorite spots during the time that we are in town.

An important element to the ‘favorite spot’ list is, of course, the local watering hole. Who doesn’t want a bar where everybody knows their name? Ok, maybe we don’t frequent bars often enough to gain that status, and maybe that’s a good thing, but finding our token neighborhood favorite is definitely important. And, big news, we may have a winner!

Enter Dynaco. Jamie and I visited this unassuming bar late on one of our first Fridays in the neighborhood, and left just as quickly. It was so crowded and…warm. We planned to get one drink, but upon realizing it was cash only and waiting just a little too long to get to the bar, we thought it would be best to come back on a weekday.

And that is how we spent the following Monday night. When I walked into the bar I almost didn’t recognize the place. It was cozy and warm (this time in a good way) from a wood-burning stove in the back, and the decor was absolutely beautiful. I sat at the bar and felt like I was visiting someone’s home. I was itching for a good cocktail and Sean the bartender recommended a Kentucky Mule (bourbon/ginger beer). It was perfect.

Now that we’ve had some time to explore the neighborhood, I think that it’s safe to say Dynaco could easily become our favorite neighborhood bar. The drinks are well-made, the bartenders are friendly, and the cash-only policy will keep me honest. Win.Win.Win.

This week has been an especially frustrating one, and all of my frustrations revolve around juice.

Think I’m crazy? Don’t worry, I do too. Let’s start with awkward part one, from the beginning. I arrived at work Wednesday completely pumped to start a Jus by Julie three-day cleanse. I LOVE juicing, and my friend had said this was her favorite one.

When I realized at 8 a.m. that Jus by Julie had sent me an order confirmation but no tracking information (which they had referenced would follow), I immediately sent an email and also gave their receptionist a call. I won’t bore you with the play-by-play, but essential I reached out by phone, email, Twitter, carrier pigeon, you name it, and judging by their latest tweet, the company was indeed on vacation.

I tried to reach Jus by Julie all day.

After 4 p.m. I finally sent an outraged email outlining all of the reasons it was inconsiderate and poor service for the company not to get back to me. The email in itself was awkward. I do not get angry. It’s not something I do. But here I am, very angry, and feeling completely outside of my skin because of it.

I received a phone call immediately. The person on the other end sounded a bit annoyed and  explained that something was wrong with their delivery tracking, and I would get my juice the next day. Seriously? Was that five-minute phone call so difficult? This tells me two things:

After the awful 8 hours of lack of customer service, I thought surely they would apologize in a genuine way and even offer something extra, or an added incentive for a follow-up order. I’m not a freebie-hound, but this was the first time ever that I really felt it was something I deserved. You shouldn’t upset people who are giving up solid food to enjoy your product, it is just unkind, and disappointment coupled with extreme hunger should be compensated.

Today I received my juices “on time,” and was happily drinking through my cleanse until awkward part two happened.  I got to juice 4 and realized that my juice 5 was missing from the fridge at work. Almond Breeze. I was actually excited to drink it and have been anticipating it all day. I considered blast emailing my coworkers to call a search for the missing juice. Other people are cleansing this week as well, I saw a ton of BluePrint bottles in the fridge, surely my juice was taken in error and could be returned. This sounds silly, but understand that i am consuming six juices for the day – that is all the nourishment that I get, and one is missing! And it’s my favorite one! Juice #5 on days 2 and 3 is a different  juice. A petty thing to complain about in a life where I feel all-around blessed, but it felt tragic. It still does. Go ahead, laugh at me.

The Jus by Julie juices are awesome, and I’m really enjoying them, but I feel like I will forever associate this cleanse with feelings of stress and frustration. And lots of awkward.

I’ll admit, I’ve been slightly inconsistent with the blogging this past month. I promise you the intention was there, but this little thing called life can sometimes get in the way. So, here are my March highlights, via Instagram. 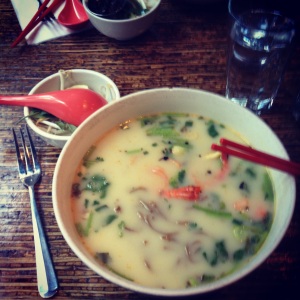 Pho at Obao in NYC 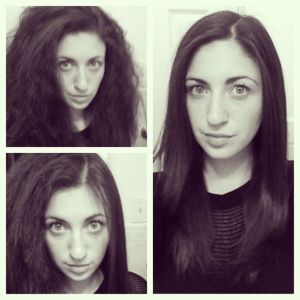 A mint statement necklace to help will Spring to come! (JCrew Factory) 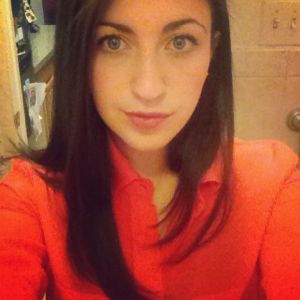 More bright colors and a rare day with makeup 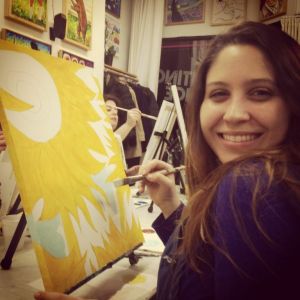 Painting lounge with my BFF (Brooklyn) 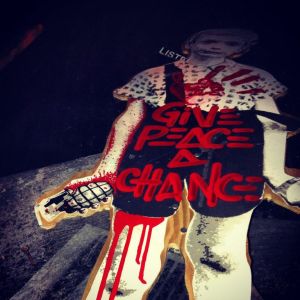 Army Of One street are on Spring St./ Bowery 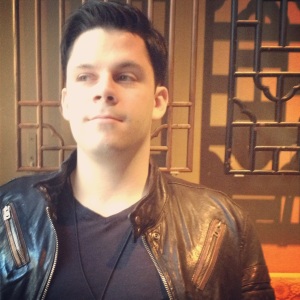 Let me know what you think of the “what you missed” photo load. If you guys like it, I’ll make it a monthly thing.

These aren’t all of my Instagram photos from the month, just some favorites. For the full effect, visit my Instagram!